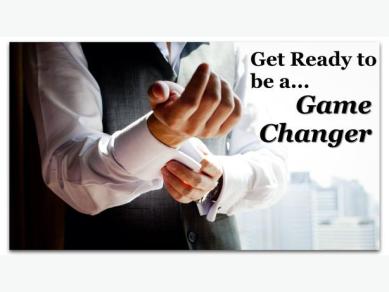 Well, my days of refusing to take on anything that does not directly and positively move me forward in the path I know I’m called to is about to pay off in ways I would have never expected. In fact, if I’m being really honest, it’s almost intimidating. We’ve all heard of “ground floor” opportunities, and we’ve all allowed many of them to pass us by only to look back with regret and say, “if only.” I know I have because of fear and not believing that I actually could do it. However, when I look back on the past decade, I realize that I have been preparing for this exact moment, and I am humbled and shaken and grateful.

Ten years ago I entered into the crazy, fantastical, volatile world of sales, marketing, and advertising. I went through sales jobs because frankly, I despise “sales.” I despise the pitch and the hype and the cliches, and all the trappings of the rat race of trying to keep your head above water in the world of commissions. It took me a long time to learn who I was and why I wasn’t successful. I was sought out for my “sales ability” only to let those people down when I didn’t “produce” to the levels they assumed I was capable of. Sadly, people often mistake “connectors” for “salespeople.” It has only been in the last few years I have come to realize that “sales” is much more than closing deals. In fact, I’m more interested in turning the whole sales model upside down and watching the entire industry explode with success for ALL involved, not just the “closers.” But I digress, that’s for another topic of discussion.

My calling is my mission – the reason I exist – which is “to elevate the lives of others through C.E.I.R.S. Connect. Engage. Inspire. Refer. Succeed.” I am a “master connector,” and this week, after visiting a childhood classmate for the Facebook #GreatSocialMediaSelfieProject, I realized that I have been connecting people with their wants since I was in elementary school. My first “connection” was when this classmate discovered Barry Manilow for the first time, and she became an instant fan. When she told me this, I knew my mom had a Barry Manilow record that she rarely listened to anymore, so I went home and asked my mom if I could give the record to my friend. Mom said yes, and I happily skipped outside and presented the album. Nearly three decades later, my friend has 14 Manilow albums and has seen him in concert more times than I would even consider. I know that may seem trivial to some, but for me, it just upped the ante for me to have even more faith that every connection we make has lasting impact in one way or another. I want to make mine count for the good.

So, what does all this have to do with not being afraid to be a “game changer.” I’m glad you asked. The last 10 years have been my training ground for what I am launching into as the next phase of my career. The two areas I’m launching into will forever positively impact people who are a) seeking to honestly embrace who they are and live and work in who they were designed to be, and b) busy, successful professionals who are seeking to replace unproductive busyness with meaningful, profitable connections.

What do these two things have to do with changing the game you ask? People have been doing this for years haven’t they? Yes. But not me. The game is changing for ME and the people I am intended to impact. The game changer for me starts with a list of “no longers.”

What are your “no longers?” How will you change your game? Stay tuned…I’ll be revealing my next game changer endeavors soon.

Ginger’s work experience spans several industries to include Business Development, Sales, Marketing & Advertising, Mental Health, Insurance, and Food & Beverage. She is the Regional Director with the Southeast division of The Referrals Group and is passionate about business and personal development. Ginger holds a leadership MBA from Liberty University and is best known for transforming lives through the power of connections. When she’s not wearing her business hat, she enjoys gourmet cooking, blogging, traveling, music, and reading. #FullyPresent #PeopleMatter #TheSpaceBetween #ChasingBeauty #Disruptor View all posts by Ginger Terrell